I ran across DropBox a couple weeks back. My dad is using it for some of his projects and told me about it. It’s pretty cool and I bet you can find a use for it. Dropbox is software that syncs your files online and across your computers.

Put your files into your Dropbox on one computer, and they’ll be instantly available on any of your other computers that you’ve installed Dropbox on (Windows, Mac, and Linux too!) Because a copy of your files is stored on Dropbox’s secure servers, you can also access them from any computer or mobile device using the Dropbox website.

I’m sure there are many ways to use dropbox that I haven’t thought of yet and many more you will think of that I haven’t. After all, we all work differently.

I think it’s a really useful and neat application and hope you’ll try it out. I’m betting it will make your life a little easier. 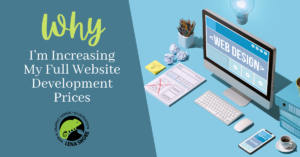